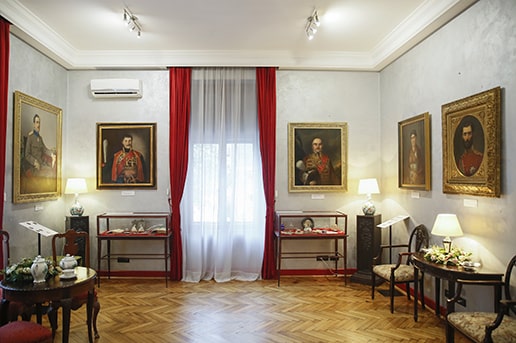 The name itself of the exhibition presently held at the House of Jevrem Grujić is magnificent. During the 19th century, Serbian dynasties Karadjordjevic and Obrenovic put Serbia on the map among the great states of the European civilization. As the dynasties changed, Serbia developed and made dazzling progress.

Following many centuries during which Serbia had no dynasty, glorious Serbian revolutionary leader Karadjordje, who started the historical struggle for the national liberation of Serbia, became the founder of our first national dynasty. The genius of Prince Milos Obrenovic and his son Prince Mihailo Obrenovic are praiseworthy for crowning this magnificent endeavor with the national independence of the country, thus leaving their indelible mark in the Serbian history.

Against the background of Serbian history, the symbiosis of these two dynasties is a fascinating story. As if there were an ingenious artist who directed that change of dynasties during those one hundred years, which was a period of great significance for Serbia. Both dynasties were fortunate enough to lead and to guide a nation, which may be small in numbers, but stands out for its integrity, intelligence, tradition and the spirit of freedom.