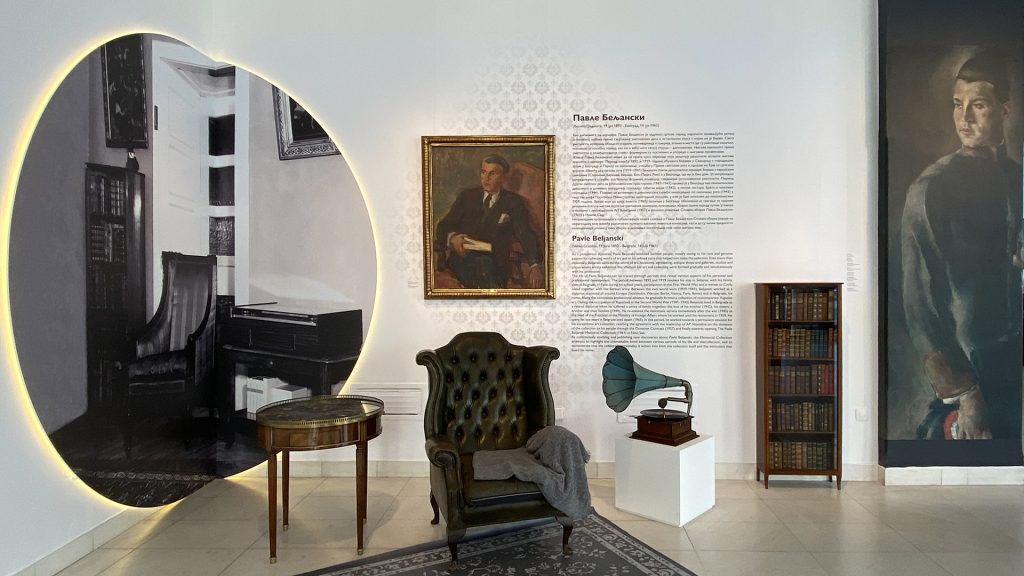 If you’ve ever passed by people selling antiques on the street, you’ve probably noticed them: gramophone records arranged horizontally or vertically. For most passers-by, this is completely irrelevant information. But if you are a record collector – it is a crucial one.

Gramophone records are arranged vertically so that the ones at the bottom would not be damaged by pressure. Therefore, you would never convince a real collector to buy differently arranged records.

Did Pavle Beljanski think about this when he entered antique shops and gramophone record stores and passionately searched for the most valuable ones, which he would, later, bequeath to his people?

You can’t fool a true collector. He does not collect works of art for mere entertainment. He is motivated by a deep respect for works of art. He knows their true value, which is not counted in money, but in the years after which the work of art still lives. The collector dedicates himself to the careful preservation of the works, to leave them to his community, city, and country. His collection is unique because he gives it to everyone, and yet it remains a reflection of the collector’s identity.

With his precious works, which he collected during his life, he tells us: “This is me, my point of view and perception of art.” In Beljanski’s case, the basis of everything was harmony, spontaneity, and inner content.

The collector tells us a story with each piece: because, when you see the work he collected, you can’t just stop and say: “Oh, this is a record with Beethoven’s compositions”, and continue as if nothing had happened. You will want to know where the collector found that record, where he bought it, and how long he inquiringly looked at it. Did it matter to him whether it was a record from the shellac of the world-famous companies “Columbia”, “His Master’s Voice”, “Pathé”, or “Polydor”? How much they reflect the musical taste of the time, and how much the collector himself?

As he devotedly listened to the compositions of the greatest names in classical music – Bach, Handel, Hind, Mozart, Beethoven, Chopin, Schubert, Liszt, Wagner, or Smetana – what did the diplomat Beljanski think? Did it occur to him that his records, and even live recordings, at speeds of 78 and 80 rpm, would be once listened to by his people decades later? Was he fully aware that, the moment it became his property, the record ceased to be just a carrier of sound, growing into a valuable cultural asset that must be preserved at all costs?

We believe that he was. And that is exactly why you certainly could not convince Petar Beljanski to buy a gramophone record stacked horizontally. Because his records had a higher goal, and that is, to one day become part of his Memorial Collection, which he will donate to Novi Sad and his people in 1957.

The exhibition Musical Intermezzo by Pavle Beljanski (1892–1965) is dedicated to gramophone records collected by a Yugoslav diplomat and collector. In addition to more than 90 recordings on display, part of the exhibition was a rich accompanying program in the form of concerts, plays, lectures, and authorial interpretations. Among others, the senior curator of the Pavle Beljanski Memorial Collection Jasmina Jaksic Subic, Dr. Milan Milojkovic, Dr. Ira Prodanov, took part in it. Throughout the entire program, all visitors got acquainted with the taste of the collector, his dedication to music, but also with the developments in the music industry during the period between the two world wars.