Central Balkans between the Greek and the Celtic world 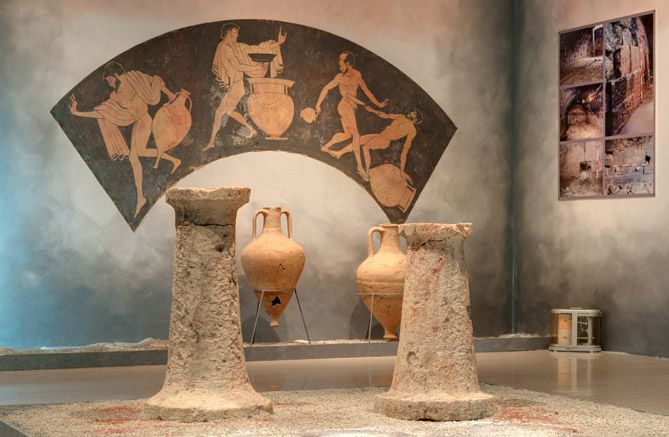 Thanks to the archeological excavations that lasted for a decade in the heart of the Balkans, the oldest urban settlement in the territory of today’s Serbia was discovered. Covering the area of five hectares, this well-organized and complex settlement dating back to the 4th century BC developed far away from the other known urban centers. A fortified city, organized by the Greek model: an acropolis protected by walls and a deep moat around 20 meters wide and the outer city with remains of numerous buildings, furnaces, religious facilities and a unique water supply system – all together, they make Kale, a site of great significance, in Krševica near Bujanovac.

For many years the excavations of the Kale site, an example of successful cooperation of the Archeological Institute in Belgrade, National Museum in Vranje and National Museum in Belgrade, have been confirming that it is a site that will enable us to better understand the complex relationships in the territory of Central Balkans during the last millennium BC. Exhibition Central Balkans between the Greek and Celtic worlds will be an opportunity to find out what the meeting point of the Greek and Celtic cultures looked like and how one Ancient city developed, lived and disappeared in the barbaric environment. It will enable us to learn what was the everyday life of the residents of this settlements like and what else, thanks to archeological excavations, we can learn about the past, different identities and cultures that made our everyday life as it is now. Based on objects they used, crafts they did, buildings they constructed and by discovering only segments of the dynamic history of this area, the exhibition will give us an opportunity to understand and thus also preserve the past.
The author of the exhibition is Dr. Petar Petrović, from the Archeological Institute in Belgrade, Exhibition Coordinator is Museum Advisor Nenad Radojčić and selfless help with the realization of the program came from Senior Curator Vera Krstić and Museum Advisor Aca Đorđević. Design of the exhibition was done by Borjana Šuvaković and graphic design by Danijela Paracki.