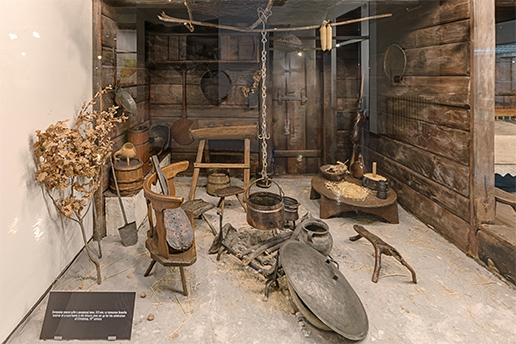 With 120 years of continuous work, the Ethnographic Museum in Belgrade is one of the most enduring institutions of culture in Serbia. It was created in 1901, with the separation of the ethnographic collection from the National Museum. Today it owns over 51,000 artifacts, authentic monuments and documents of various forms of folk life and culture, predominantly from the 19th and 20th centuries. Aside from this, the fund consists of over 100,000 sources of other nature: photographs, films, books, and archival materials.

The first idea to creat a historical-ethnographic museum came from Stojan Novaković, member of Serbian Learned Society (precursor to the Royal Academy of Sciences as Arts, later Serbian Academy of Sciences and Arts). Novaković has, already in 1872, filed a motion during a meeting of the Serbian Learned Society to create such an institution. The first home of the Ethnographic Museum in Belgrade was the house of revolutionary, customs official, politician, and trader Stevča Mihailović, located in Kneza Miloša 15. Mihailović has bequeathed his house to the Serbian people, with the idea that it should become a museum. Only in 1898, after the death of his widow, Kata, were the conditions met. The Museum began operating independently in 1901, upon moving into the building and the appointment of its first director, Prof. Sima Trojanović, PhD. After changing locations several times, the Museum finally found a new home in 1951, in the old Belgrade Stock Exchange building, in Studentski trg 13. It has remained in this place to this day.

In the beginning, the Museum strove to collect and exhibit artifacts which illustrate the diversity of Serbian culture, as well as its common traits to be found wherever Serbs live. Ultimately, the idea was to present the characteristics that differentiate Serbian culture from other European cultures. Due to accellerated change brought about by industrial development, Serbian ethnologists attempted to find a way to face the disappearance of what they considered to be traditional culture. Today, the museum is devoted to the study of contemporary societal processes in Serbia, not only its cultural history.

The first permanent exhibition was opened in 1904, on the centennary of the First Serbian Uprising. On the centennary of the Museum’s founding in 2001, the permanent exhibition Folk culture of Serbs in the 19th and early 20th Centuries was set up. The exhibition presents the culture of Serbs in the areas where they lived during the two centuries, based on around 5000 artifacts from the Museum’s fund.

Starting from 1926, barring the war years, the museum has been continuously publishing the Bulletin of the Ethnographic museum in Belgrade, a journal devoted to knowledge in all fields of ethnology. Moreover, for thirty years already, the Museum hosts the International Festival of Ethnological Film, which seeks to promote outstanding visual research of traditional and modern

of cultural heritage for a beneficial development of human communities.

To this day, the Ethnographic Museum in Belgrade is the only purely ethnographic museum in Serbia. Based on the Decision of the Council of the Republic from 1968, the Museum was appointed as main institution for all ethnographic artifacts currently housed in general museums in the Republic of Serbia. 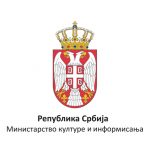