Black and white – the story of chocolate 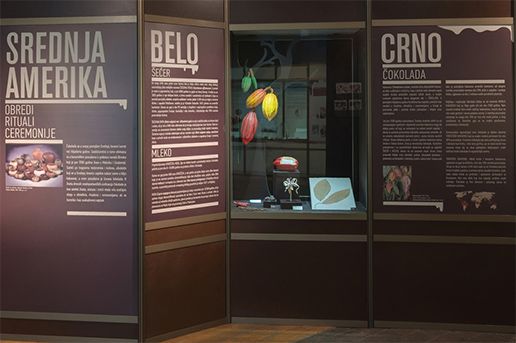 In the so-called welfare societies, and in the everyday life of the more developed part of the World, the chocolate is the notion of premium desserts. It is the symbol of delight and pleasure and the metaphor that no longer requires interpretation. We do not even describe chocolate, except when we assess or praise it. Rather more, while we eating chocolate allowing the bliss overwhelm our „spirit and body”, we do not think about the essence and origin of chocolate. It is important that the chocolate exists, as well as it is available. In doing so we do not think that the raw material for chocolate is the imported post Columbus item, which was gradually spread throughout the history of the World, for the pleasure of the privileged first, and then spread in the middle and lower parts of society. We do not even think that in the background of the huge chocolate industry in the World stands the fruit of a tropical tree called Theobroma cacao. We also do not know, or we do not want to know, of the dark side of chocolate, the suffering of slaves on the plantations of cacao, or the abuse of child labor, against which even today the fighting on distant plantations is persistent.

With the exhibition „Black and white – the story of chocolate” the Natural History Museum reminds us of the delicate intertwining of nature and culture, by talking about one of the plants that have changed our world and opened up many new roads. The chocolate continues to please many generations of people from the early childhood, but also it is the important source of salaries for millions of families. When we feel lonely and deprived, the chocolate by sweetness and softness remind us to mother. From this exhibition of Natural History Museum the chocolate will remind us to Mother Nature.

Authors of the exhibition and catalog „Black and white – the story of chocolate” are Olga Vasić and Desa Djordjević Milutinović, the curators of the Natural History Museum in Belgrade