And from the parents … Dowry 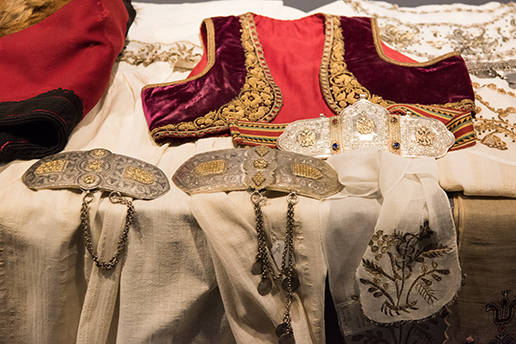 The institution of dowry dates back to the time of ancient Greece and Rome. We meet it in different forms, on all meridians and among members of different religions. Legal science has clearly defined the various forms of marital benefits – dowry, property, qualification, clothing, alms, gift, that is all the benefits of the bride’s family during her marriage. In traditional culture, a dowry is a property that a woman entrusts to her husband to manage and enjoy when entering into a marriage in order to more easily bear the burden of supporting the family. It is her legacy that her parents gave her for life or, if they are not alive, brothers and sisters. In the sphere of property-legal relations, the dowry was the only “thing” that the family provided to the female members of the household. Women – sisters were deprived of the right to inherit, instead they had only the right to dowry, qualification property, ie the right to stay in the house if they do not marry. The husband could not inherit the wife’s dowry after her death, but only the children she gave birth to. In the case of not having children, the husband had the right to lifelong usufruct, but after his death, the wife’s personal property was returned to her family. The wife could also bequeath a part of the dowry to her husband. The right to motherhood, the inheritance after the mother’s death, had primarily daughters – their right was more important than sons. Dowry, property, qualification and gifts were the only woman’s property until 1945, after which the heirs of both sexes were legally equal. Legal dualism, however, existed and still exists today, because the right of patrilineality is still used in hereditary practice, while deviation from the traditional socio-cultural attitude is resorted to only in cases if the heirs are exclusively daughters.

The institution of dowry in the urban environment in Serbia was established in the first half of the 19th century, while it reached its golden age, in rural areas, a hundred years later. Although the law from 1945 does not recognize dowry, it was very current until recently. Today, although everyone claims that the dowry is no more, it can still be found in some places. The dowry and all its synonyms known in the vernacular are today recognized in the gifts that the guests bring to the newlyweds during the wedding. Whether it is durable goods, gifts for the household in high amounts or, as has become commonplace, in monetary (foreign currency) amounts, they are the basis that aims to help the new marital community in the future life.

The aim of the exhibition and catalog is to explain in a little more detail the terms dowry, property, qualification and gift, illustrating them with lists and examples from archives, magazines, literature, and certainly museum objects.

The audience will be able to see about a hundred items, primarily clothes and textile furniture that were brought as part of the dowry or qualification, but also those that were received as gifts or gifts in wedding customs in the past hundred years.